Most surfers have a basic idea about the types of surfboards there are. But they probably don’t know the details of surfboard materials or how they were constructed, especially if they’re still beginners.

Words like “epoxy resin” and “expanded polystyrene EPS” could ring a bell. Still, you probably don’t know their effect on the performance of a surfboard.

So, how can the materials that make up the modern surfboards contribute to the surfboard and its performance?

We’ll go through the primary materials utilised in making surfboards and the function they play in maximising the board’s capacity to keep surfers afloat and balanced. So, continue reading to answer all your questions about board design and material.

What Is the Best Surfboard Material?

The best surfboard materials differ from one scenario to another. Experienced surfers may prefer stiffer boards, while beginners will benefit from more buoyant materials. There’s no one-size-fits-all when it comes to board construction. However, here are the most popular materials.

PU boards, also known as ‘fibreglass boards’, use a polyurethane foam core, a lightweight fibreglass cloth, and polyester resin in their traditional forms. They’re older than epoxy boards, but they’re still a modern 20th-century creation, dating back to the 1950s.

The density of fibreglass boards makes the ride smoother and enables the surfer to ride large, powerful waves. In addition, they boast excellent shock-absorbing properties.

The use of modern polyester resin makes PU foam surfboards much lighter than older versions of this core material. However, PU boards are still heavier than epoxy boards.

Despite the relative heaviness, they feel more flexible and responsive than epoxy surfboards. This flexibility made fibreglass surfboards a favourite among surfboard shapers and helped it control the mass-produced surfboard market and the entire surf industry.

Nonetheless, this flexibility comes at a price. It makes fibreglass foam surfboards more prone to damage, such as dings and scratches, which will be more visible if you scrape off the wax. Yet, they’re easier to repair if you get them checked out before the damage is too severe.

Polyester resins also have a reputation of yellowing under sustained sunlight (UV) exposure, which leads to colour fading. These boards aren’t that good for the environment either, especially when they’re replaced frequently.

While traditional surfboards have a polyurethane foam core paired with a polyester resin, a newer version of these surfboards utilises epoxy resin instead. Along with the fibreglass cloth, this variation makes the boards much stronger and more durable.

The ‘epoxy board’ gained popularity in the early 2000s. It gets its name from its coating, namely, epoxy resin. However, it’s also coated with a fibreglass layer. When it comes to their core, it’s constructed using expanded polystyrene foam or EPS.

The materials used in EPS foam boards are slightly more environmentally friendly than other modern boards, although they are still plastic-based. As a result, environmentally conscious surfers tend to prefer them.

Epoxy resin made EPS boards result in a much stiffer flex pattern and more durability than their counterparts. So, they’re less prone to damage, and you won’t have to replace them often.

The epoxy surfboard is more lightweight than fibreglass surfboards because 90% of its weight is air. In addition, the low density of this lightweight board increases its buoyancy, making it a perfect choice for beginners who want to ride smaller waves when the extra buoyancy is needed.

Like everything out there, EPS boards have their drawbacks. The way that expanded polystyrene is formed, which resembles beads or tiny balls of foam makes it more prone to water absorption and waterlogging, which must be fixed before it worsens.

In addition, the rigidness of the epoxy resin boards makes them a bit too rigid for some surfers, especially when riding choppy water.

Also, good-quality hand-shaped boards with an EPS foam core aren’t cheap, although they make up for their price with their durability and wear resistance. So, consider this when looking to invest in boards made from this material.

For an in-depth look into why surfboards can be expensive be sure to read this article.

What Were Surfboards Originally Made Of?

Surfing has been around for hundreds of years, with Polynesia and Hawaii being our earliest direct references to the sport. If you’re interested in learning more about the origin of surfing, check out this article.

As you can probably imagine, surfers didn’t have a wide selection of materials to choose from when it came to surfboards. So, all surfboards were flat boards made of available local hardwood at the time. The problem with wood surfboards is that they were heavy, bulky, and large, therefore exhausting to carry.

By the early 20th century, a surfing renaissance took place, and solid redwood boards came to the surface. Then, attention shifted to the hollow wood surfboard, which happened to be the first mass-produced surfboard design ever.

Even after PU foam boards showed up and surfboard technology and design had revolutionised the sport, surfboard shapers still made wooden models, such as balsa wood boards. However, balsa was considered fragile wood, so its popularity died down afterwards.

How Are Surfboards Made?

The manufacturing process of surfboards isn’t complicated but has its details.

First, the surfboard manufacturer creates the foam blank in a cement mould roughly in the shape that he wants the board to be. Then, it is heated in the mould and the liquid polyurethane chemicals that form a dense foam are poured in. Afterwards, the core is removed and left to harden.

Next, the foam blanks are cut into two halves from the nose to the tail end and glued together with a stringer, typically made from balsa wood. Then, the shaper moves on to trace the outline of the finished board on a wooden template and cuts the shape.

Then, using a power planer, the shaper smoothes the top and bottom of the board. After carefully sanding the board, the shaper uses a power sander, hand plane, rough sandpaper, and very fine sandpaper to remove ridges, contour the stringer, and shape the sides, rails, and fins.

Next, they move on to cleaning the completed board with compressed air.

The creator then adds fibreglass cloth after cutting it to fit before mixing a laminating resin with a catalyst, applying it to the cloth and spreading it evenly with a rubber squeegee. This step is repeated to increase the durability of the board.

The shaper adds a second layer of resin that we call “sanding resin” or “filler coat”. This filler coat fills any blemishes left behind. Then, the creator applies fibreglass tape and a laminating resin to the fin. Later, a hole is drilled through the surfboard tail to attach the leg leash.

Then, the surfboard sanding process is started again to ensure its perfection. Another clean again with compressed air follows. And finally, a finishing coat of gloss resin is poured and brushed evenly on the board.

As you can see, the type of material used in the surfboard differs from one board to another. And, of course, each material plays an important role and benefits an application more than another.

So, with the information you now have about the materials used in surfboards’ construction, you can choose the surfboard that best suits your needs. 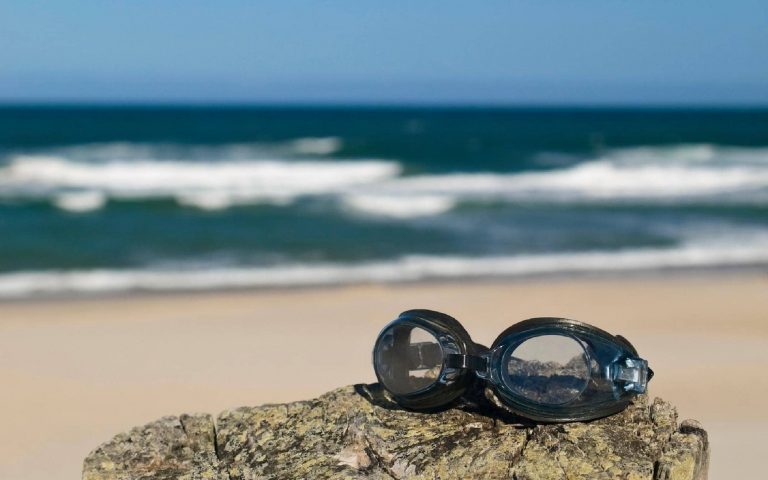 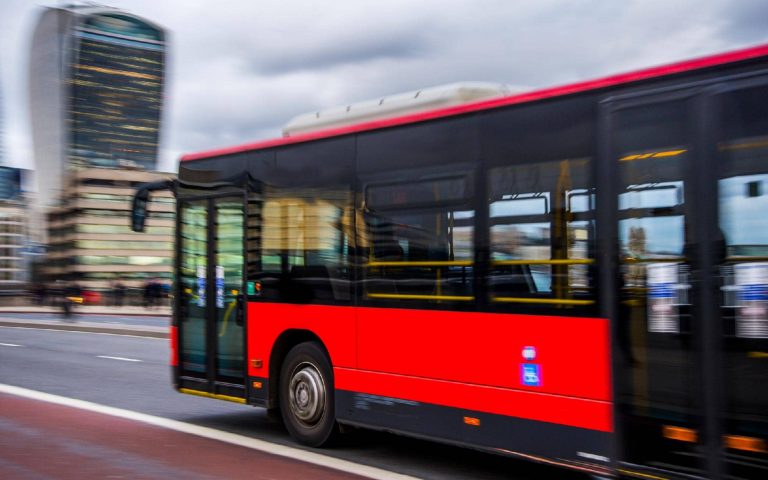 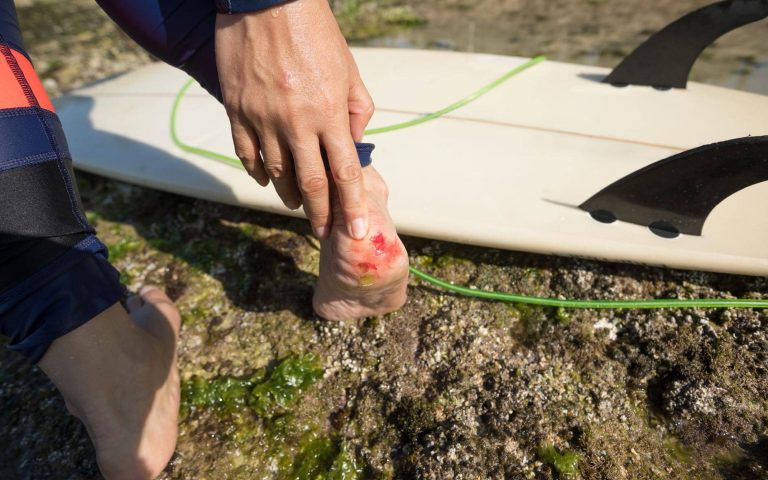 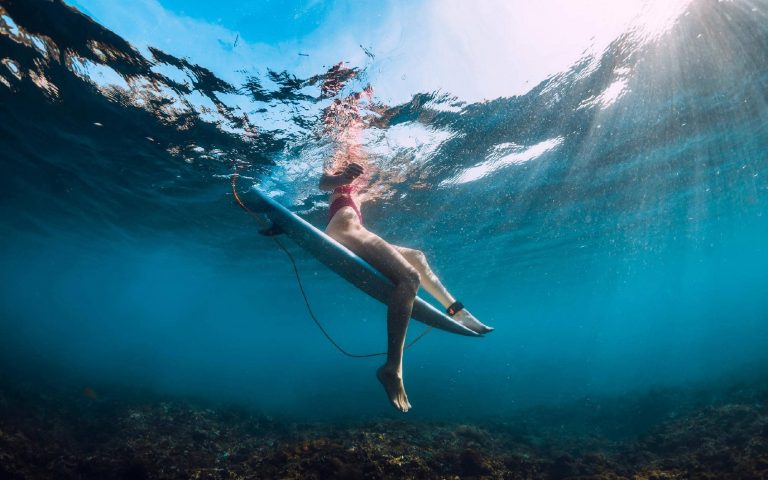 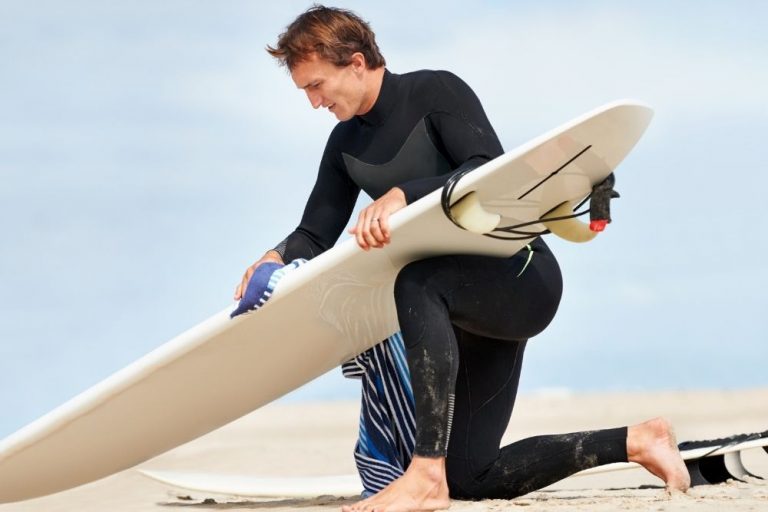